Most people don’t like the feeling of waiting. We often get frustrated waiting for fast food or waiting for a slow car in the fast lane. Other people get really antsy when they have to wait for their dead phone to charge. There’s nothing to do but sit and wait. We’re always in a rush to go to the next thing and or next place.

This mindset often carries over to our spiritual lives. We want to rush to the next big thing.

While most of us are in a hurry, it seems like God has other plans. He likes to make people wait. That’s exactly what He did with David.

When God Made David Wait

In my previous article When You Feel Like God Has Forgotten You, I wrote about the first part of 1 Samuel 16 when David was chosen as the future king. The second half of 1 Samuel 16 takes place about two years later. It’s been 730 days, and what’s David doing?

You’d think since Prophet Samuel has anointed him as the next king, David has stormed the royal palace, kicked Saul out, took over, and ruled happily ever after. Now, he’s sitting on the golden throne, sipping royal wine and being pampered by servants.

Nope, it didn’t go that way. Two years after he was anointed by God to be future king, David is still tending to sheep. 1)1 Samuel 16:19 To add insult to injury, he’s been summoned to pluck strings and play lullabies for the man who is unfit for the job that God has promised David. 2)1 Samuel 16:18

God could have made David become king the day after he was anointed. Instead, it took 15 years more years for the young shepherd boy to rise to the throne, many of those years spent fearing for his life, hiding out and running away from his own father-in-law.

Maybe, like David, you’re in a season of waiting. You’ve been praying for years for healing with no signs of recovery. You’re waiting for God to give you the desires of your heart, whether it’s a new job, a spouse or a baby. Perhaps you’re stuck at a dead end and don’t know where to go. Have faith that God has a purpose for everything. Let me share with you five reasons why God might be telling you to wait.

(As a side note, if you want to learn more about the process it took for King David to go from shepherd boy to king, download the free guide to fulfilling your God-given destiny.)

5 Reasons Why God Makes Us Wait

In studying the lives of great people in the Bible, I’ve discovered five reasons why God makes us wait:

Waiting has a way to weed out to people who have the wrong motives. It brings out the best and worst in people. People who don’t have good motives are too interested in short-term gains and are not interested in the commitment it takes to see something true.

Those with good motives know that the reason why we should be doing anything is to love God and to love people. And as 1 Corinthians 13:1 says, love is patient. A heart full of love is a heart full of patience. 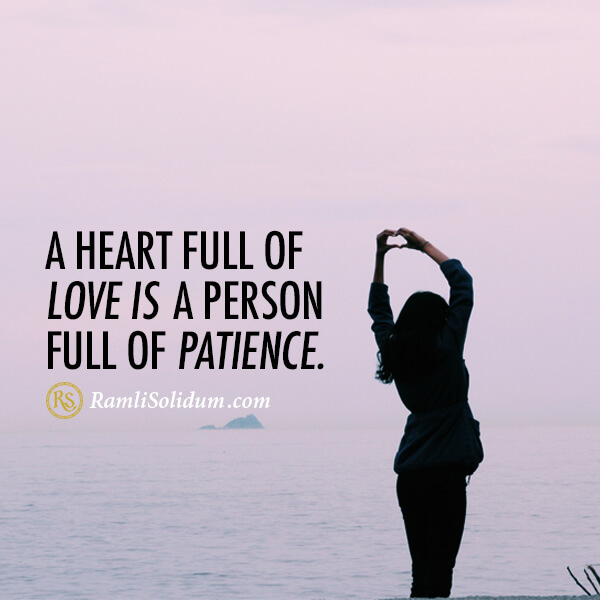 2) Waiting Builds Patience In Our Lives

Our perspective is often too small. We often think that bigger things in life are more money and more thing, while God thinks influencing and changing people is more important. 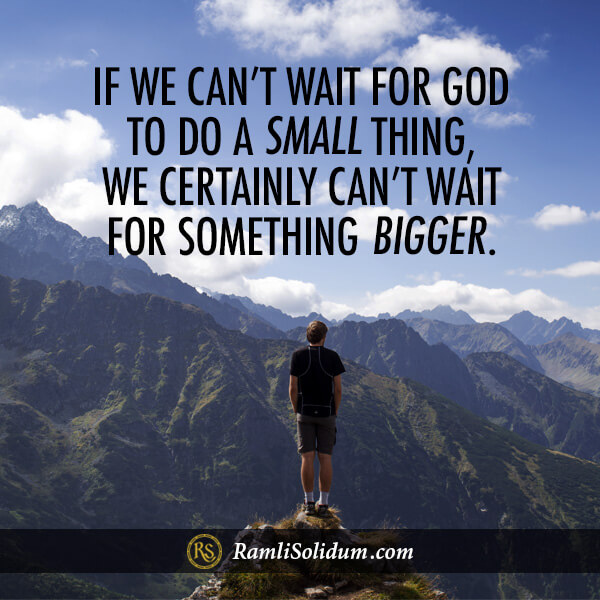 Waiting is often the tool God uses to smooth rough spots in our character. It transforms our character and personality.

One of the best examples of this is Moses. People often miss the fact that Moses was in the desert for 40 years before God told him to save His people. God used this time of waiting to transform his character from brash and impatient man to someone who would become a leader of a nation. Waiting transformed the life of Moses and it does the same for you and I. 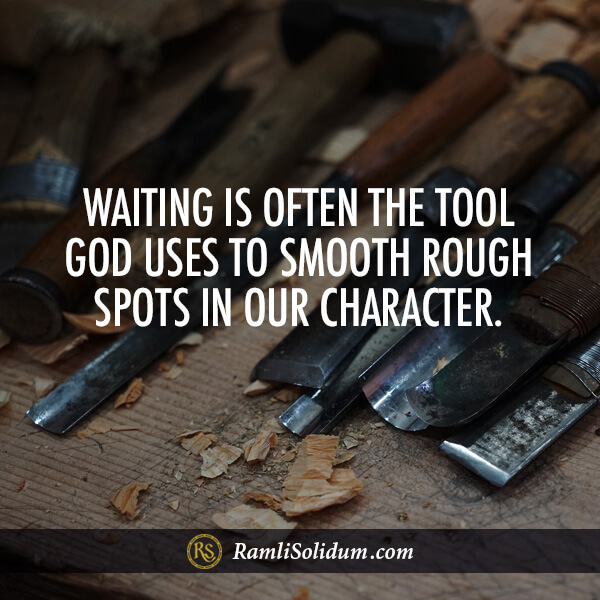 Success in life comes from our intimacy and dependency upon God. Our relationship with the Father is not a get-rich-quick scheme. Those who value that relationship have this insatiable thirst and desperation for more of Him. It’s in the season of waiting when we can declare what David, who became known as a man after God’s own heart, wrote:

You, God, are my God, earnestly I seek you;
I thirst for you, my whole being longs for you,
in a dry and parched land where there is no water.3)Psalms 63:1 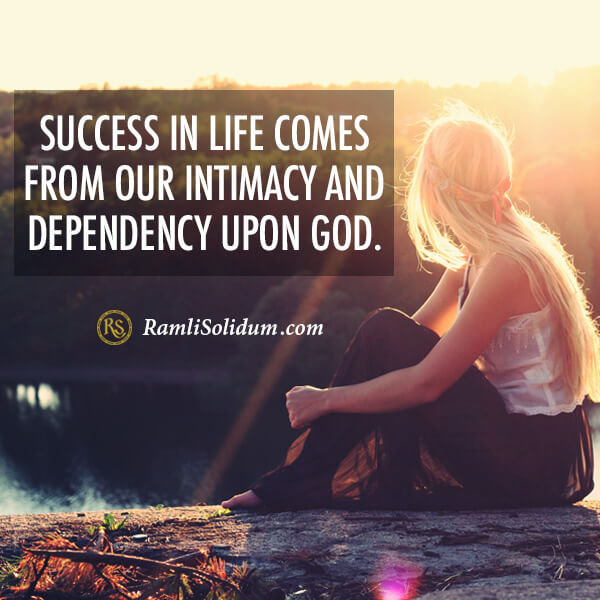 5) Waiting Produces A Testimony That Gives Glory To God

What would have been Abraham’s testimony if he didn’t wait for God to fulfill His promise? God made him wait until he’s 100 years old before Isaac, the one that God promised him, was born. If he’d given up, Abraham would not be the father of faith. 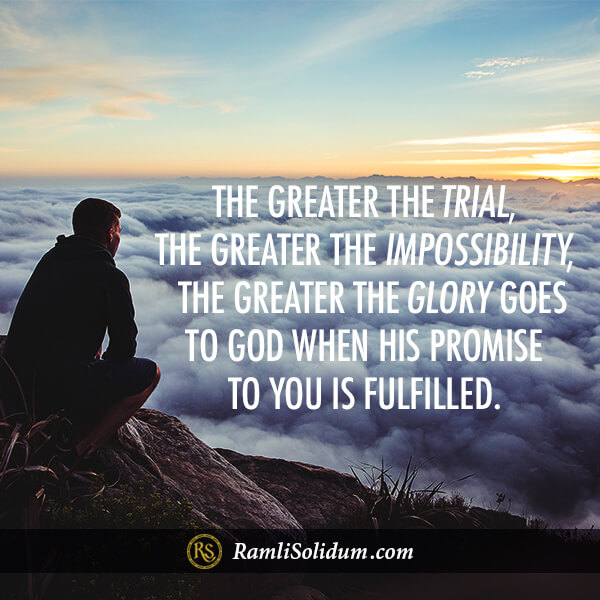 Between The Promise And Palace

The Father is as interested in the journey of your life as He is with the destination. In seasons of waiting, the temptation is to run after what you think is next and neglect what God is doing now. If you neglect what God is doing now, you won’t have the strength for the next season because you’re not faithful with now. Because, as Kris Vallotton once said, between the promise and the palace, there is the process. 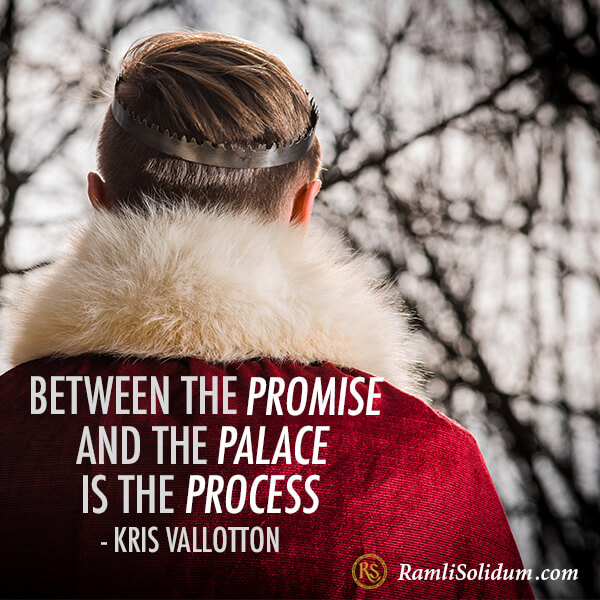 That’s what David did. He endured the process that took him from the promise to the palace. He was faithful with what he was doing, whether it was tending to sheep, playing lullabies to the king or getting the king ready for battle. God knows what experiences you need to prepare you for the next season in your life. We may not always understand why we have to wait, but the good news is that God never leave us nor forsake us.

You can learn more from the process it took for King David to go from shepherd boy to king in this free guide:

Want to receive more articles, verses and quotes that will bless you and help you with your walk in Christ? Join my weekly newsletter to get my latest articles, encouragements and announcements before anyone else. You can also follow me on Facebook:

Did this article bless you? If you’re inclined to do so, share it with your friends below:

I send articles, verses and quotes that will bless you and help you with your walk in Christ once a week via email.
Just one email a week. Promise. Unsubscribe with one-click.

I only write at most 1 article per week to make it REALLY good. With the infrequency of my posts, you will likely miss them unless you join my newsletter.
Just one email a week. Promise. Unsubscribe with one-click.