Search
Article > When You Feel Like God Has Forgotten You

Have you ever felt forgotten by God? Maybe you’ve had many failed relationships. Who knows, maybe co-workers and friends got promotions while you’re stuck in the same dead-end job. Perhaps everyone around you is getting married and having kids while you’re still single with no prospects on the horizon.

You prayed but God didn’t respond right away. You read the Bible, but it didn’t speak to you. You’re wondering to yourself if God went on a vacation and forgot about you and your problems.

You’re not alone in feeling forgotten. Even David – the guy whose lineage bore Jesus – must have felt forgotten alone in a field. As the prophet Samuel, who was responsible for anointing the next king, went through all of David’s older, taller and stronger brothers, David was tending to sheep.1)1 Samuel 16:1-13 It was a job that no one probably wanted because it was dirty, smelly and didn’t pay very much.

It wasn’t until Samuel asked David’s father, Jesse, if he had another son when Jesse awkwardly admitted that there is still “the youngest.” 2)1 Samuel 16:10 His dad didn’t even call him by his first name. He was just that – “the youngest.”

What do you suppose David was thinking while he was alone in the field with the smell of sheep poop around him, the noise of baa-ing sheep and the heat of the sun? He most likely felt forgotten not just by his family, but maybe even by God. It’s at this moment where he could have easily written the beginning of Psalms 13:1.

How long, Lord? Will you forget me forever?
How long will you hide your face from me?

The Gap Between Expectation and Reality

Maybe David’s cry for help resonates with you. There’s a glaring gap between what you expect for your life and the reality of your situation. It’s moments like this when it’s easy to question if God has a calling for our life and the internal dialogue of discouragement starts.

I’m stuck doing the same thing as before. Nothing seems to be working. What’s the point?

When is God going to give me that promotion?

When is God going to reveal to me who my wife or husband will be?

When is God going to help my family?

Maybe the gap between what you expected in this season of your life and what you’re experiencing is a chasm that seems too wide to cross. Even with God’s help. So how do you respond to the gap?

You could ignore it. Deny it’s there and pretend that everything is fine. But, ignoring the gap won’t produce transformation. You’re just postponing the frustration until it builds up and finally blows up. And when it does blow up, it’ll become devastating for your life.

You could choose to give in to the gap. Perhaps you’re so sick of being let down so you’ve lowered your expectation to what you’re experiencing. You say to yourself, “I’ll hope for the best, but expect the worst.”

But, when you give in to the gap and lower your expectation, you factor God out of the equation. Instead of looking for His favour on your life, you start expecting the worst possible outcome. And since what you expect often becomes your reality, you begin to get what you’re expecting.

Ignoring and giving in to the gap always backfires. That’s why we need to refuse to pretend the gaps don’t exist. We shouldn’t fill the gaps with people or things that can’t get the job done.  We need to instead allow God to fill our gaps. Only God is big enough to fill that gap. 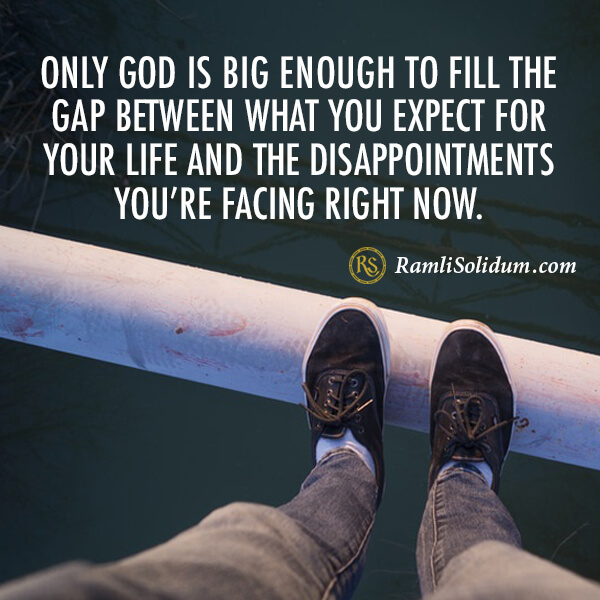 That’s exactly what David did. Psalms 13 may have started off depressing. But it ends with a powerful declaration of faith:

But I trust in your unfailing love;
my heart rejoices in your salvation.
I will sing the Lord’s praise,
for He has been good to me.3)Psalms 13:5-6

Even though David feels like God has forgotten him, he continues to trust in His unfailing love and sing the Lord’s praises. He declares that the Lord has been good to him. He doesn’t whine, moan and complain.

And because of that attitude the Lord came through for David. As Jesse brings David before Samuel, the Lord tells Samuel to arise and anoint him because he is the next king.4)1 Samuel 16:12-13

Imagine that. One moment, alone in a smelly, noisy field. The next, anointed by the famous prophet Samuel as the next king. That’s what happens when we let God fill the gap instead of ignoring it or giving in.

Rest In This Confidence

Maybe you’re in a position where you are straining to believe what God has promised you. You’re wondering what in the world God is doing and when He’ll come through for you.

Don’t let what you expect keep you from what God wants you to experience right now. God has a plan for you that you know nothing about. That means that he may lead you to paths that seem to lead to nowhere. 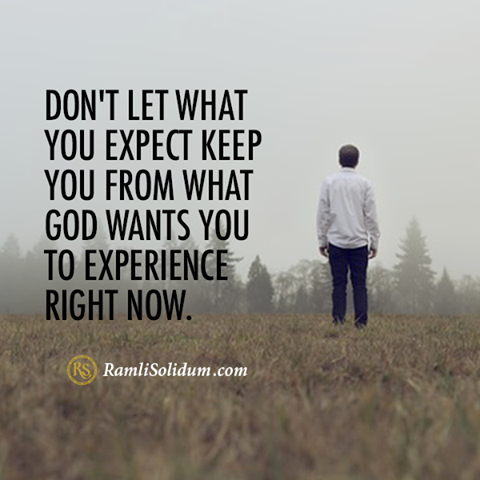 Remember that believing in God means knowing that He is always working. The more we rest in this confidence, the wider our spiritual eyes open to the blessings that our Abba Father already has given us. 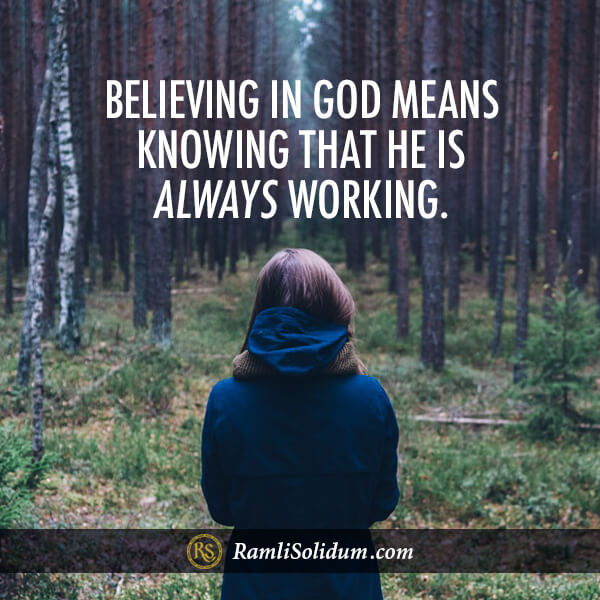 You can learn more from the life of King David in this free guide:

Did this article bless you? If you’re inclined to do so, share it with your friends below:

I send articles, verses and quotes that will bless you and help you with your walk in Christ once a week via email.
Just one email a week. Promise. Unsubscribe with one-click.

I only write at most 1 article per week to make it REALLY good. With the infrequency of my posts, you will likely miss them unless you join my newsletter.
Just one email a week. Promise. Unsubscribe with one-click.